Liverpool city centre is situated at the centre of a large populous region which included the areas of Sefton, St Helens, Halton, Knowsley and the Wirral. This unique area is home to a UNESCO World Heritage Site in the form of its traditional industrial docks.

The city has big aspirations, with the redevelopment of both property and infrastructure sitting at the heart of the next 10 years plans. Approximately £10billion worth of construction is either already complete or underway in the city, with a further £40billion already planned to rollout over next few decades.

The city is also home to the world’s second largest concentration of wind farms, which are located just a few miles offshore. With the UK government pushing for a greener future, Liverpool has plans to become one of the UK’s most carbon neutral cities.

projected property price growth over the next 12 months

Percentage of students that stay in the city after graduation

After winning the European Capital of Culture status for 2008, and backed by an injection of billions of euros into regeneration and development, the city commenced on a journey that would make it one of the fastest growing economies the UK has ever seen. £5.5billion has been invested into the new Liverpool Waters project, which also features a further£500m invested into Everton FC’s new waterfront stadium. £64m has also been earmarked for further development of the Baltic Triangle, which has seen £128million invested to date.

Liverpool is home to one of the EU’s largest shopping districts, Liverpool One, and attracts hundreds of thousands of visitors from near and far each year. The city is also home to two of the UK’s largest football clubs, attracting fans from across the globe each week.

The city has made large investments into its transport infrastructure, improving existing rail lines and placing more convenient bus connections across the city. To the South you will find John Lennon International Airport, an important hub connecting the city to locations across the globe.  On the water, Liverpool’s new cruise ship terminal welcomes some of the world’s largest cruise ships each week. Planning permission has also been obtained for a new 4-star, 200 room, hotel to support the new terminal and enhance the city’s capabilities in handling the next generation of turn around cruises, which can carry up to 3,600 passengers.

Almost 54,000 students come to the city each year to attend one of its many world-renowned universities, which continue to produce some of the brightest minds, and most creative entrepreneurs operating across a wide variety of fields. With a 31%retention rate, Liverpool continues to have a fast-growing graduate population

An influx of new residents, especially in the city centre where the numbers of inhabitants spiked by 181% in only a few years, attracted massive investments and sparked the rise of some of the UK’s best developments. Alongside Baltic Triangle’s 1,000 delivered apartments plus 2,500 more on their way, Liverpool Waters is set to have such an impact on the city that it will redraw its layout.

The colossal development intends to create five new neighbourhoods in the northern docks. With a total investment of £5.6 billion, Liverpool Waters will add 14,000 brand new apartments to Liverpool’s waterfront, 41,000 square meters of bar and restaurant space, 315,000 square meters of office space, and hotels that total a surface of 53,000 square meters. The project, when fully built, is expected to support in excess of 35,000 jobs. 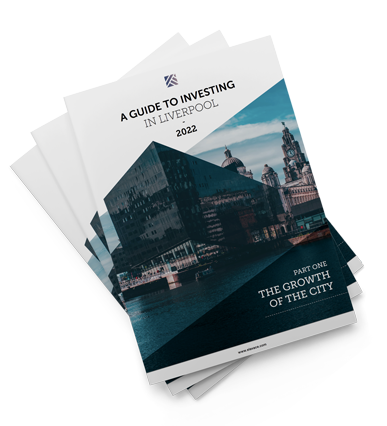