Bradford is located in the North West of England, close to Leeds City Centre and further connected via direct rail connections to both Manchester and London. These connections have driven its growth and economy, making it a thriving modern place to live and work. With a population of over 528,000, Bradford represents the fourth largest metropolitan district in the UK and has the eighth largest economy worth over £8.7 billion.

Within Bradford lies the award-winning City Park, which continues to grow in scale through significant investment from the councils wider-reaching regeneration of the city plan. Its construction has brought a focal point to the city and provided it with a great public space that attracts hundreds of thousands of tourists to the city centre each year.

Westfield shopping centre is another major success for the city, following its public opening in 2015. It has now become a major hub for those looking for one of the best shopping experiences available across the North West. Its creation has delivered 3,000 new jobs to date, whilst adding £500 million to the city’s economy.

Average price over the last 12 months

Growth in house price over 2021

Looking towards the future of Bradford, the next decade will bring huge positive changes to the area. Highlights include the Bradford Interchange revamp, which will see an investment of over £20 million, which will transform the Oastler Market into an urban village. Finally, the Top of Town uplift, which is a council’s initiative to improve and restore local historic buildings, aims to contribute jobs in both the retail and commercial sector. Its implementation will boost the appeal and quality of the town square, in turn increasing local property value whilst retaining the charm of the centre.

Bradford is a city full of surprises, from arts and culture to areas of historical importance. The aforementioned City Park has a large flexible public space and is home to the Mirror Pool, the largest urban water feature in the UK. The area also has its own events programme, which has attracted hundreds of thousands of visitors to city each year.

Bradford was named the world’s first UNESCO City of Film and has been home to the National Science and Media Museum, the country’s largest visitor attraction dedicated to photography, broadcast media. Another testament to the city’s artistic nature is The Alhambra, one of the finest theatres in the North of England. This venture has attracted some of the world’s biggest artist, whilst building the profile of performers across the local region.

Transportation around Bradford is primarily driven by Buses and Trains, with residents having access to a regular pass enabling them to use all of the interconnected services. The West Yorkshire Metro is the heart of Bradford’s transport system, offering convenient links each corner of the city and the surrounding areas.

Bradford was home to 9,960 students in 2020/21 and almost 1,500 staff in the academic realm. The University of Bradford itself have numerous accolades for itself over the years. Notable accolades include; being a founding member of the World Technology Universities Network, given the Queens Anniversary Prize for Dementia in 2016 and finally, it is a triple-accredited business school for its School of Management.

Bradford has received funds such as the recent £200,000 to their library to help safeguard cultural heritage. The city will continue to see these investments as it builds a bright future for its education system.

Although the city has over the previous ten years attracted large migration and international investments, Bradford City Centre is still a reasonably priced location for investors looking at purchasing property. Bradfords BD1 postcode is particularly popular with students and young professionals that are looking to enjoy what the city has to offer. Its large international student population has a real appetite for the cities rich culture, entertainment and leisure alongside their opportunities to work or study. The University of Bradford is located just a 10-minute walk from the city centre, and is just a further 10-minute train journey into Leeds City Centre. Little Germany is also located within the city centre, an area that brings historic beauty and culture to the city, making it a unique area for new residents to explore.

East Bradford offers great commuting options to Leeds City Centre, a huge neighbouring city that is experiencing a significant influx of global investment and population growth. Affordable options in the surrounding areas that have great connections to Leeds are now starting to dwindle with demand far exceeding supply. Ravenscliffe is a location within East Bradford that offers particular interest for property investors with semi-detached properties selling for an average price of £218,165 in 2021, while offering easy access into Leeds and the centre of Bradford itself.

With a population of 82,000, South Bradford offers great access to M606 and the M62 making it a great option for those who are looking to commute to neighbouring Leeds for work or leisure. Properties are wide-ranging in this part of Bradford, with West Bowling offering an average price of £93,430 over the previous 12 months and Low Moor delivering an average price of £143,487. 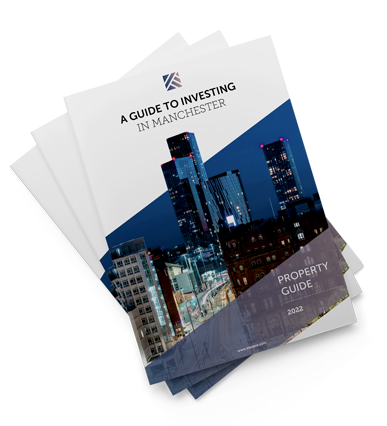