Read this article to find out why property investment in Liverpool is one of the best investment options for 2020 and beyond.

Why Invest in Liverpool?

The city and the region are rising to become one of UK’s premier provinces in terms of economic opportunity, culture, and standard of living. The historic port by the Irish Sea, situated almost exactly halfway between London and Edinburgh, is poised to become the symbol of UK’s resurrection by way of example.

An old borough with fresh new blood running through its veins, Liverpool managed to revive what made the city famous in the past, to which it adds thriving modern-industry businesses. A strange, yet very successful case of “in with the old, and in with the new”.

From wind farms to world-dominating football teams, right down to the UNESCO’s World Heritage Site along the Liverpool docks, you’ll find them all between the local authority districts of Halton, Knowsley, Sefton, St Helens, and Wirral plus the city itself. Areas all over the UK report successes, but what’s remarkable about Liverpool is progress being reported on almost all fronts.

It began with huge investments in key sectors like infrastructure and the development of commercial spaces for both retail and office work. These served as fuel for Liverpool’s remarkable resurgence. Liverpool ONE led the way with its opening in 2008. The

enormous shopping and residential complex in Liverpool’s city centre is credited for having revived the area and for having put Liverpool back on the map. The largest open-air shopping centre in the UK attracts a footfall of 27 million visitors each year, making it the 6th most visited shopping complex in the country. Its massive 1.5 million sq/ft of leisure and retail space had such a big impact on the region that it reoriented Liverpool’s entire city centre closer to the waterfront.

A stones through away sits the Royal Albert Dock, Liverpool’s Maritime Mercantile City centrepiece, designated by UNESCO as one of their World Heritage Sites. Just a few years back, the almost two-century old dock benefited from a 130-million-pound investment into its renovation. It turned the premises into the most visited multi-use attraction outside of London. The decision to shift towards attracting more bars and restaurants rather than retailers also proved to be an inspired one and helped Albert Dock find its niche in the city’s highly competitive property market. Not a threat for its gigantic retail-oriented neighbour, Albert Dock became a hub for some of Liverpool’s best hangs out spots.

The city’s port saw a huge investment of £400-million that allowed for the creation of Liverpool2, a deep-water container ship port capable of hosting and handling some of the biggest vessels in the world. Its opening in late 2016 made access to Northern markets easier, and turned the city into a vital component of this new route for fast-moving consumer goods, a position that will benefit Liverpool tremendously. Major road and rail upgrades allow for easy and efficient inland access and cement the 12.1km dock system that stretches from Brunswick to Seaforth as one of UK’s busiest.

Not a half-hour away by train from Manchester, and a little over two hours from London, Liverpool residents have fast access to the whole of the UK. Between its famous Lime Street train station and the city’s Liverpool John Lennon Airport, millions of people are transported in and out every year.

As though the city’s premier football team, Liverpool FC, orchestrated the launch of the city’s renaissance, its International success closely mimics that of the city itself. Liverpool FC is among the world’s elite and are consistent competitors in the Champions League, Europe’s most illustrious football trophy, making the final four times and winning it twice in recent memory. Their status as one of the world’s top football clubs attracts more than 54,000 people for every home game, many of whom travel across the world to see them play. This brings more money and tourism into the city regularly.

Not to be forgotten are Everton, the city’s second team, and Liverpool’s arch rivals, who are en-route to building a brand new 52,000 seat football stadium costing around £500m which will host music events and international sports tournaments, attracting even more tourists to the city.This stadium will reside on the site of Liverpool Waters, one of the UK’s largest scale development projects to date. The £5.5BILLION waterfront development will make use of a series of presently derelict dock spaces at central docks and will create 17,000 new, full-time jobs in the city.

All these strategic investments, combined with Liverpool’s unique geographic position that makes it a shipping and mercantile hub, attracted large numbers of people to the area. The most prolific growth is reported in the city’s centre where Liverpool ONE and Albert Dock completely transformed the general look and feel. Here, a whopping 181% population increase took place between 2002 and 2015. Considering three-quarters of current city centre residents are students, and young professionals, ages between 17 and 29, which traditionally are the leading demographic for private tenancy, Liverpool never looked better to the buy to let investment sector.

The city, on account of its Universities, is also home to approximately 70,000 students every year, half of which opt for private purpose-built student accommodation. Cheaper than London, and visibly on the rise both socially and economically, many of the young men and women who come to study will choose to stay after obtaining their Degrees. This phenomenon is also encouraged by the practice of “northshoring”, whereby companies move their activities away from an exasperatingly expensive and crowded London to northern cities to take advantage of better business conditions, thus creating more employment opportunities.

Between 1998 and 2016, the area saw economic growth of 2:1. Huge brands operating in and around Liverpool like Airbus, American Airlines, Fujitsu, Barclaycard, plus quite a few car manufacturers contributed to that growth, as have the more than 266,000 registered local businesses.Right now, the regional economy is estimated to worth in excess of £30 billion.

With shipping as one of its main engines, new industries have also found a home in Liverpool, making the city thrive on the back of modern opportunities.Four main business segments dominate Liverpool’s economic environment, the first being advanced engineering and manufacturing. Infamous for producing over a quarter-million cars annually for top brands like Vauxhall, Toyota, Bentley, Jaguar, and Land Rover, the region can count of 50,000 jobs and a contribution of over £3 billion to the local economy.Logistics, obviously, is also among the city’s top-earning business segments. Between the new Liverpool2 and the old dock, the excellent geographical location,

plus the giant investments into rail and road infrastructure, you’d have a hard time finding a better option to bring goods into the north-west part of the UK. Half a billion pounds are expected to go into the Better Roads initiative that intends “to make our city a better place to live, work and visit.”

Another £460 million will be poured into the Liverpool and Wirral train system. The near £1 billion infrastructure upgrade will make a great network even better, and more efficient in the years to come. Third on the list are the business and financial sectors.

The city is the largest wealth management centre outside of London, and home to over 50 huge brands that keep a significant presence within Liverpool. Of these, notable names are Marks & Spencer, Santander, American Airlines, Barclays, and Bosch. The city’s retail sector is also booming and employs more than 8,000 workers. Finally, a notable contribution to the local economy comes from Liverpool’s 650 plus law firms, some of which are international powerhouses like Hill Dickinson, DWF, Brabners, Weightmans, DLA, and Morecrof. Over 10.000 people work for Liverpool’s legal companies.

The city’s newly restored aesthetics make it the second most filmed location outside the capital. It also helped attract more creative minds, especially since living here is 23% cheaper than living in London. Brand new apartments, the refurbishment of historical areas, huge investments into modern retail spaces, and a bar and restaurant scene that can rival any in the nation, proved the winning strategy for attracting the young, highly creative and successful people in the digital sector. Creative industries also found in Liverpool proper technical support in the form of 1 Gbps internet connections and world-class data centres.

The Baltic Triangle is a historic city central area and is now one of the most exciting and fast growing areas of Liverpool. Over the last 14 years the Baltic Triangle has been enjoying a steady renaissance making it one of ‘the’ places to set up shop and hang out. Located within a 10 minute walking distance from The Royal Albert Dock – the city’s World Heritage Site – and shopping hotspot Liverpool One, the Baltic Triangle has been reclaimed and resurrected by a growing colony of creative people and entrepreneurs. It has been described by many as ‘up and coming’, ‘the city’s workshop’, ‘Liverpool’s answer to New York’s Meat-Packing District’ and ‘Liverpool’s creative playground’.

The Baltic Triangle is steeped in the history of the city’s oldest business sectors – the port –and now it is at the forefront of the newest digital innovations. In little over a decade the collection of old warehouse buildings just outside the city centre has become one of the fastest-growing hubs in the UK for the digital and creative sector.

In 2016 it was reported that across the Liverpool city region there are around 3,500 digital and creative firms employing almost 20,000 people and making an annual GVA contribution of almost £900m. If its current rate of growth continues then it is only a matter of time before we start calling it Liverpool’s billion pound industry and the Baltic Triangle is its beating heart. The district is now home to more than 450 firms including creative design agencies, app developers, software companies, creative performance and artistic organisations – the list is long and diverse.

The continued growth and success of the Baltic Triangle has not gone unnoticed. Liverpool Region Metro Mayor, Steve Rotheram has been an enthusiastic supporter of the area since his election in May and is a keen advocate for its growing tech, digital and creative industries. In the last year alone, the Baltic has seen a wealth of inward investment as the area continues to evolve into a location of increasing importance to Liverpool’s cultural and economic development. Rotheram’s plan is to make Liverpool the most digitally connected area in the UK. Currently the Liverpool region is home to the Hartree Centre which house the most powerful supercomputer in the UK. In addition to this, the Hibernia Express fibre-optic cable runs through the region connecting us to Nova Scotia, the US and all the way to mainland China.

Rotheram believes if Liverpool can link these two digital assets, this would give the city a distinct, competitive advantage over any other city in the country. In his interview with the Baltic Creative he explains how, ‘If we could then also link that to clean, green, renewable energy we’d have the duel benefit of big digital connectivity (with the ability to push large amounts of data around the world) as well as creating innovations around renewable, predictable energy. This would be a huge boost to us in attracting inward investment from big international blue-chip companies who are committed to becoming carbon neutral by 2025. The future really is bright.’

Liverpool was the gateway to the first industrial revolution and the regeneration of the warehouses in the Baltic Triangle and the digital community that is thriving within these places gives the city the opportunity to become the digital gateway to the fourth coming industrial revolution. Steve Rotheram believes that if Liverpool gets its offer right the city can start to take advantage of the natural assets that we have in the city region. 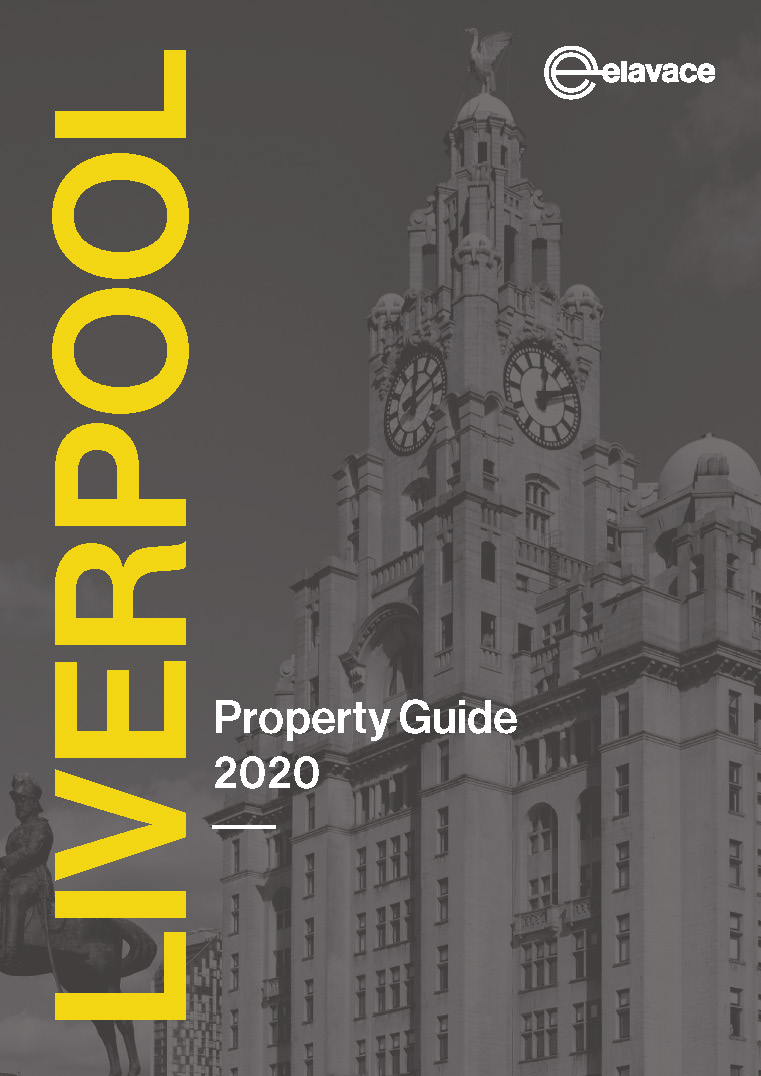